Some Families: An LGBTQ+ Parenting Podcast

This series, produced by Storyhunter and distributed by Acast, breaks down queer parenting myths, shares funny, emotional and true stories from the LGBTQ+ community and answers questions for those thinking about parenthood. Some Families is hosted by lesbian mum Lotte Jeffs, an author, journalist and reformed magazine editor, and gay dad Stu Oakley a film publicist who thought he was used to dealing with divas until he had toddlers. Lotte, a mum via donor conception, and Stu, a dad via adoption, will be sharing their own experiences as queer parents and chatting to a plethora of guests who will join the podcast to discuss their journey to parenthood plus the ups and downs of parenting through an LGBTQ+ lens.

Donor conception, adoption, surrogacy, being the gay dads at mother and baby groups, two mums on mother’s day, how to field impertinent questions, where and how to start your journey, bullying, being the other mother, the pros and cons of using a known donor, raising a happy teen, schooling and so much more will be covered by Some Families… all from the perspective of real queer families. 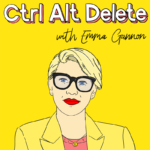 Emma Gannon’s Ctrl Alt Del
My guest today is Lotte Jeffs – author, journalist and previous acting Editor of ELLE magazine. She writes for a wide variety of publications including The Times, The Telegraph and The Guardian covering topics from fashion and style to sexuality and gender to social trends, memoir, and observational humour pieces. As well as writing award-winning columns, she writes colourful and newsworthy celebrity interviews and has in the past two years written cover profiles of Kristen Stewart, Karlie Kloss, Lana Del Rey and Victoria Beckham, to name a few.
Her new book How To Be A Gentlewoman: The Art of Soft Power in Hard Times is out now and in this episode we discuss book writing, failure and career pivoting. Listen Here 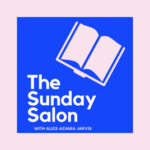 Sunday Salon
I’ve known Lotte for five years – she was once my editor at ES magazine and I’ve watched in awe as she has achieved ever greater things, becoming Deputy Editor and then Acting Editor in Chief of ELLE, winning awards for her writing, moving into advertising, and then publishing her first book, How to be a Gentlewoman: The Art of Soft Power in Hard Times.
Part memoir, part self-help book, it draws on a host of personal and professional experiences to detail how she found her inner confidence, a sense of balance and, ultimately, happiness. I loved talking to her for this episode – she was incredibly thoughtful and open, and made me think about so many things in a new light. Listen Here 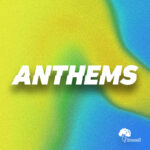 ANTHEMS Pride
Lotte Jeffs is a freelance writer and creative consultant. Previously, Lotte was the acting editor-in-chief and deputy editor of UK ELLE Magazine. She’s written for the likes of The Times, The Telegraph and The Guardian, and is the author of the book How To Be A Gentlewoman.
Her word of the day is Wild. Listen Here 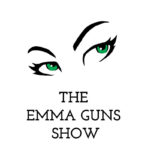 The Emma Guns Show
Lotte Jeffs is a writer, creative consultant and author who joins me on the show to talk about her new book How to be a Gentlewoman: The art of soft power in hard times. Listen Here 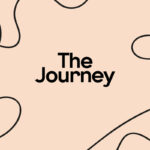 The Journey
Everyone has their own unique journey and path to parenthood. There is often a lot to learn from other people’s experiences so we have decided to share the stories of some inspiring people we have met along the way. Today is with Lotte Jeffs. Lotte is an author, award winning journalist and former deputy editor of Elle Magazine. Many people have a complicated road to becoming parents and when you are in a same sex couple it is automatically less straight forward. We talk to Lotte about her experience, what she learnt along the way and being a career woman and a parent. Something many of us struggle with these days. Listen Here 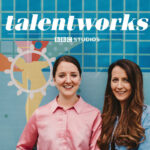 BBC Talent Works
Lotte Jeffs is a journalist, creative director and author. Her illustrious career includes being published in the Independent, the Guardian, the Sunday Times and the Evening Standard. She won Writer of The Year at the Press and Publishing Association Awards in 2016 and was shortlisted for Columnist of the Year in 2017 for her eponymous column Lotte’s Lexicon in Elle magazine. Lotte has always been on the pulse when it comes to seeking out the most creative talents of our generation and her eye for a story is second to none, it’s no wonder that after 15 years as a deputy editor and then Acting Editor in Chief of ELLE magazine that she was appointed Creative Director at global advertising agency Ogilvy to bring her storytelling expertise to the ad agency world. She has since published her first book ‘How To Be a Gentlewoman’, represented by digital first literary agency Gleam Titles and launched the LGBTQ+ parenting podcast ‘Some Families’. We spoke to Lotte at our Writers Retreat in collaboration with the BBC Writers Room. Listen Here